Fan voting for the 2018-19 Seasonlong NBA Cares Community Assist Award presented by Kaiser Permanente will begin today on social media at 12 p.m. ET and conclude on Sunday, May 5 at 11:59 p.m. ET, the NBA announced today. 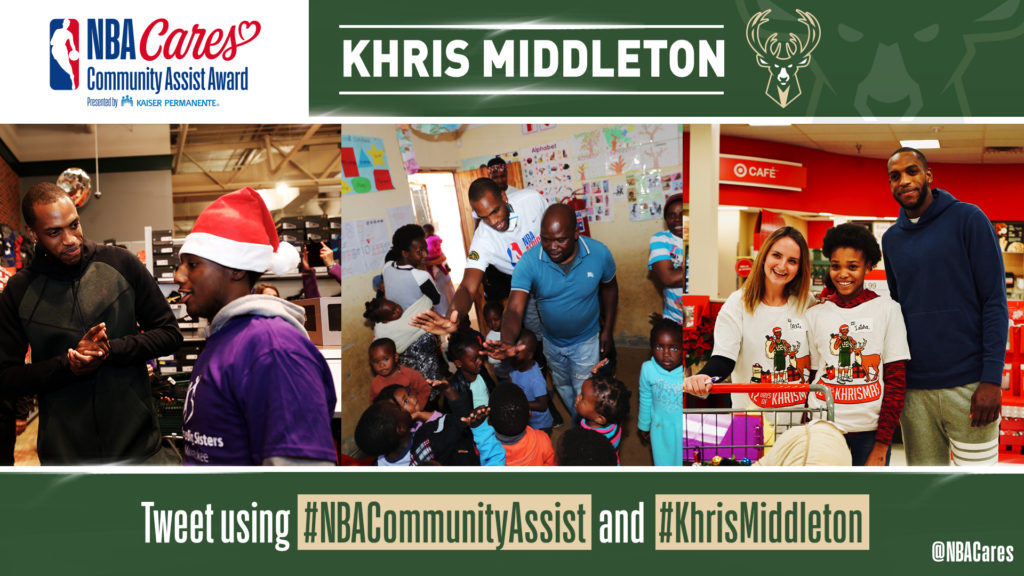 Chosen by fans and an NBA executive panel, the seasonlong winner will be announced at the 2019 NBA Awards presented by Kia on Monday, June 24, on TNT live from historic Barker Hangar in Santa Monica, Calif. 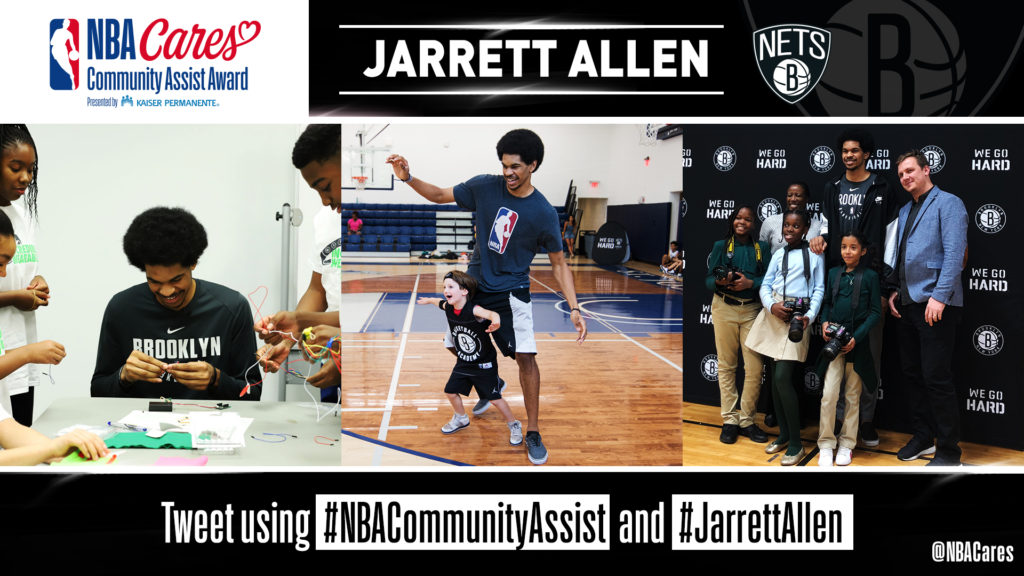 The seasonlong award honors a player’s strong commitment to positively impact his community through sustained efforts over the course of the season. 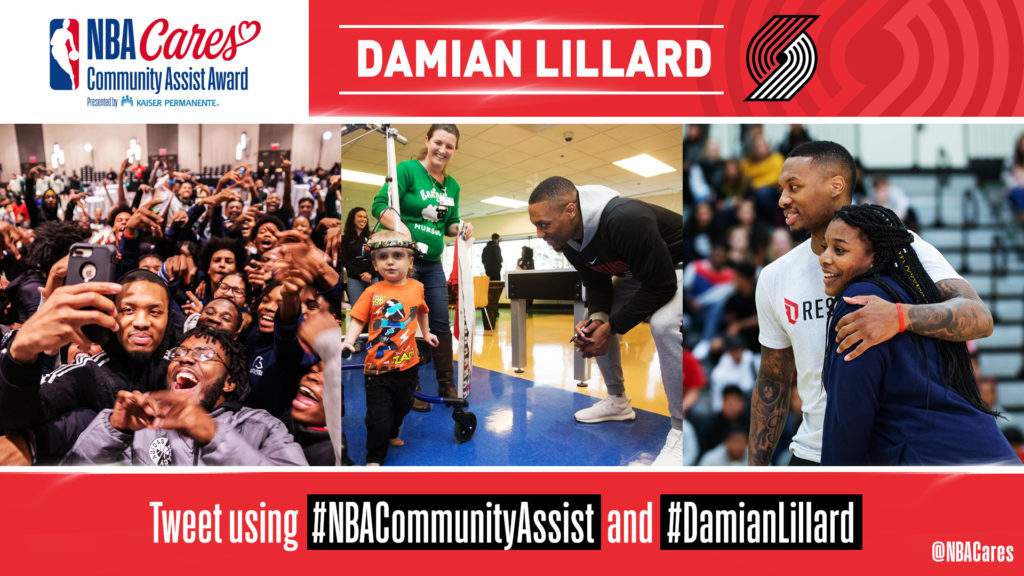 The winning player will receive the award during the 2019 NBA Awards presented by Kia on TNT, and $25,000 to their charity of choice, a donation from the NBA and Kaiser Permanente. 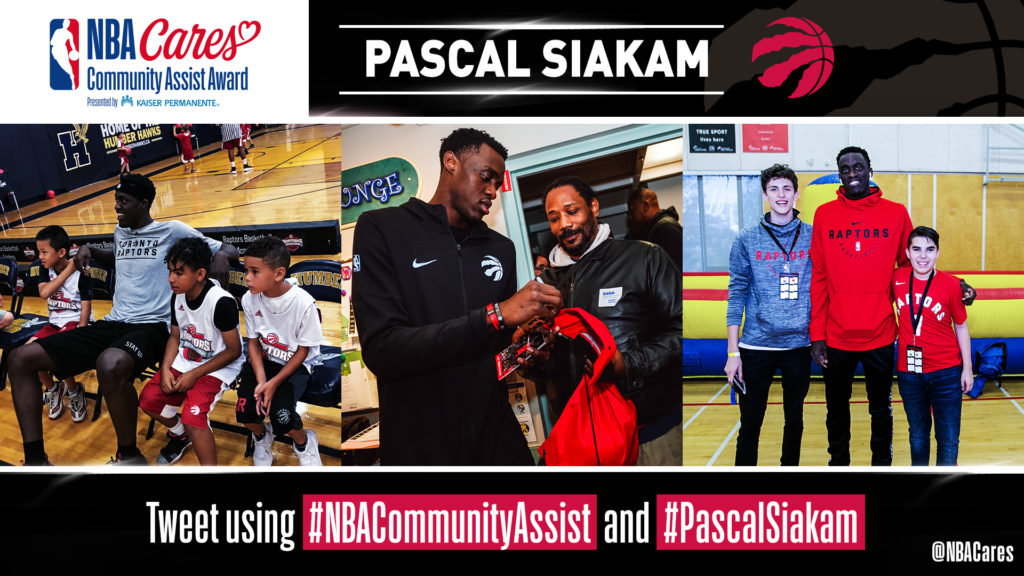 Fans can vote for their chosen seasonlong award nominee via Jebbit, where they can view and select videos highlighting each player’s impact, or on Twitter, by using #NBACommunityAssist and a player’s handle or #PlayerFirstNameLastName (e.g., #DavidRobinson). 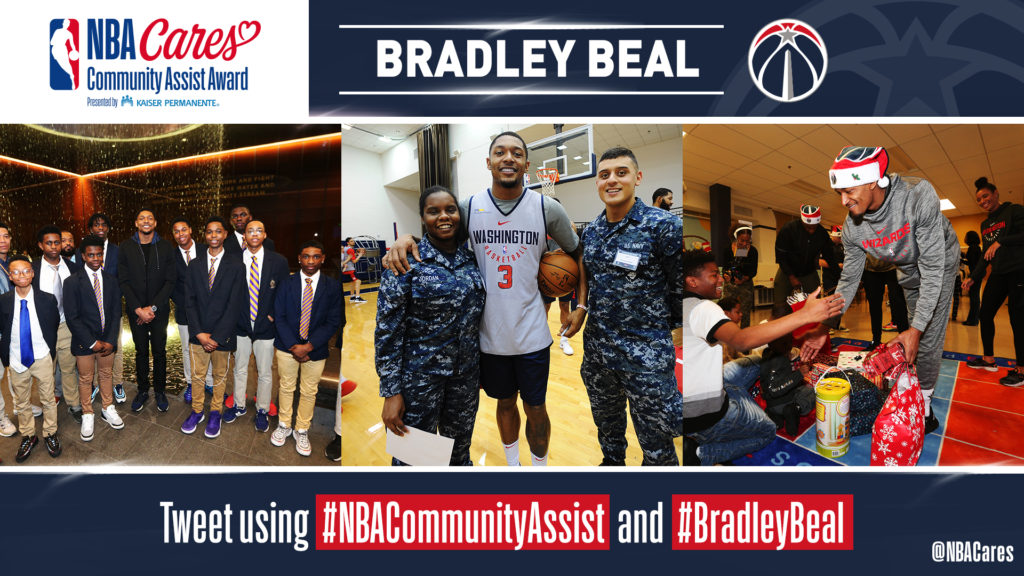 Retweets are also counted and votes cast on the first and last day (April 24 and May 5) will count twice towards a player’s total. 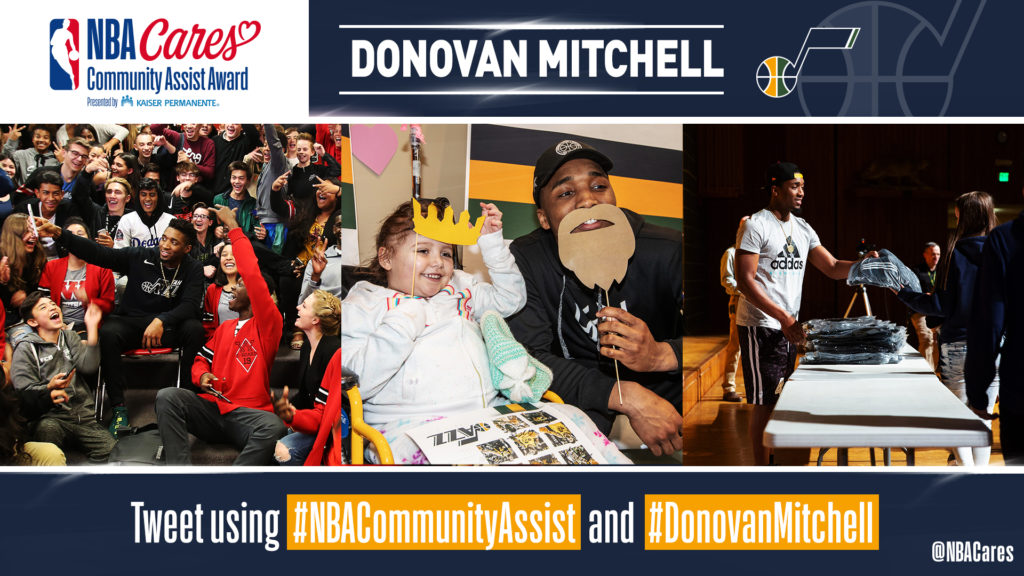 The 10 nominees include the offseason winner, six monthly winners and three additional players selected by the NBA for their exceptional community work. 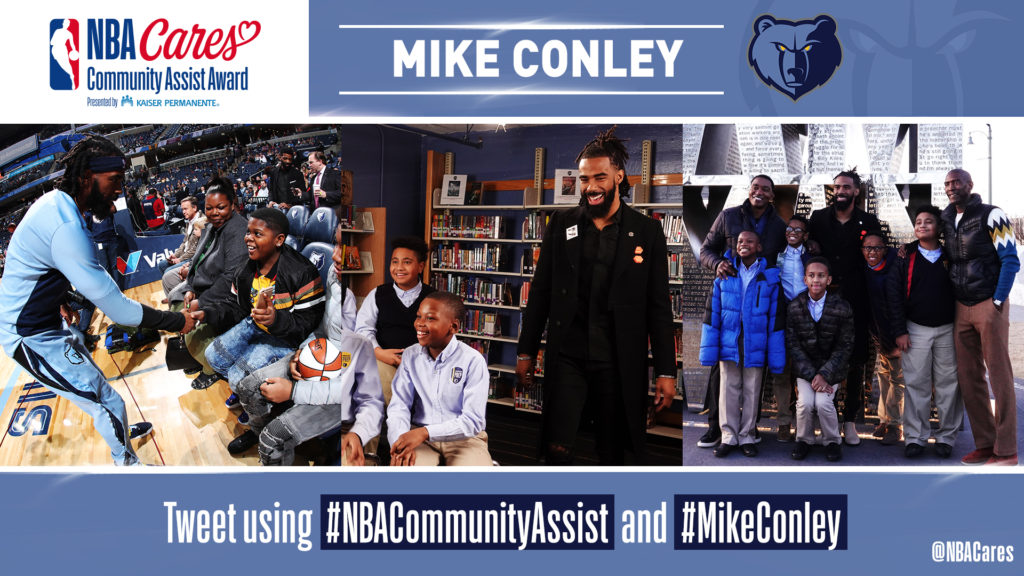 The NBA Cares Community Assist Award presented by Kaiser Permanente recognizes an NBA player each month who best reflects the passion that the league and its players share for giving back to their communities, and honors the standard set by NBA Legend David Robinson, who improved the community piece by piece. 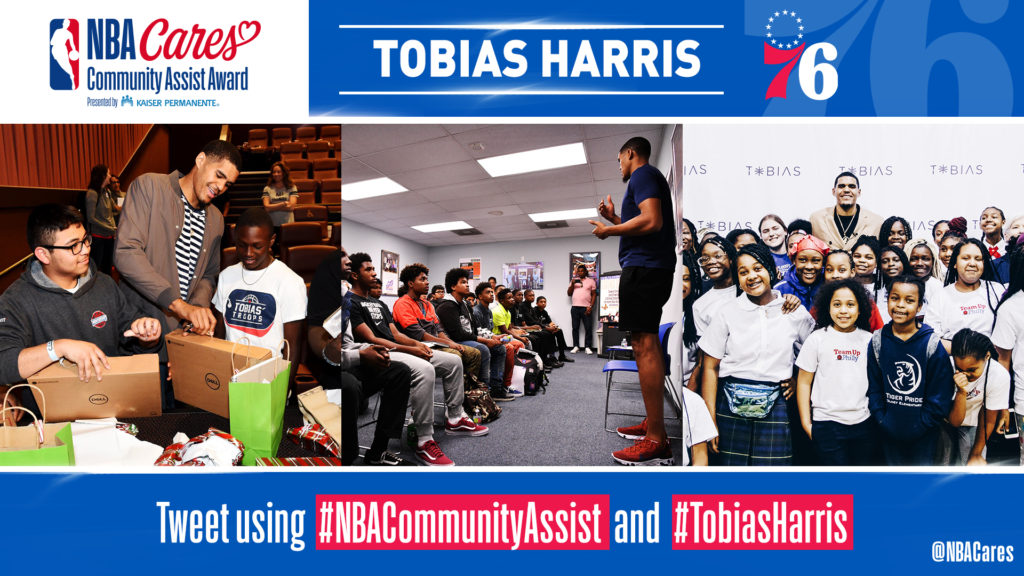 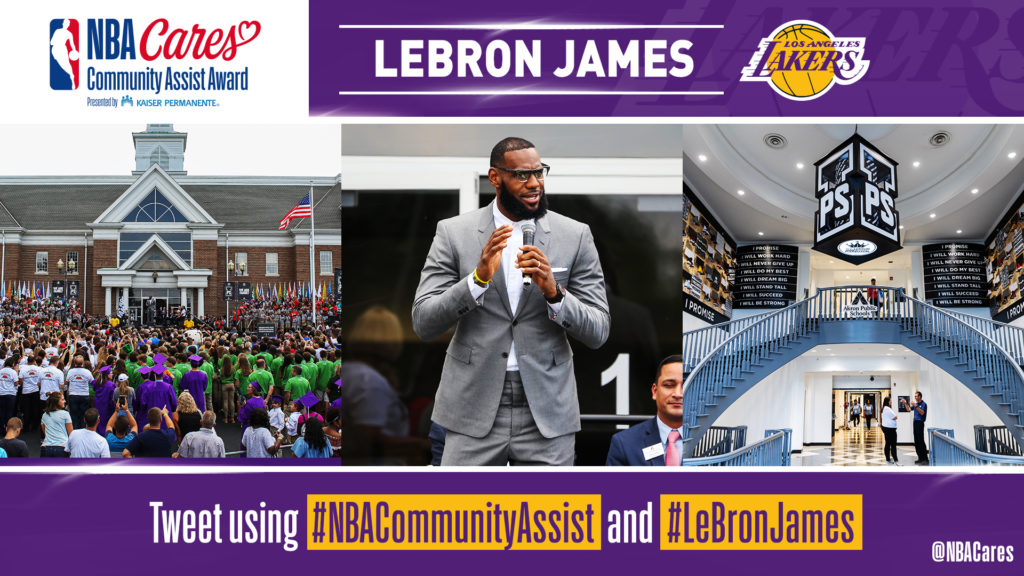 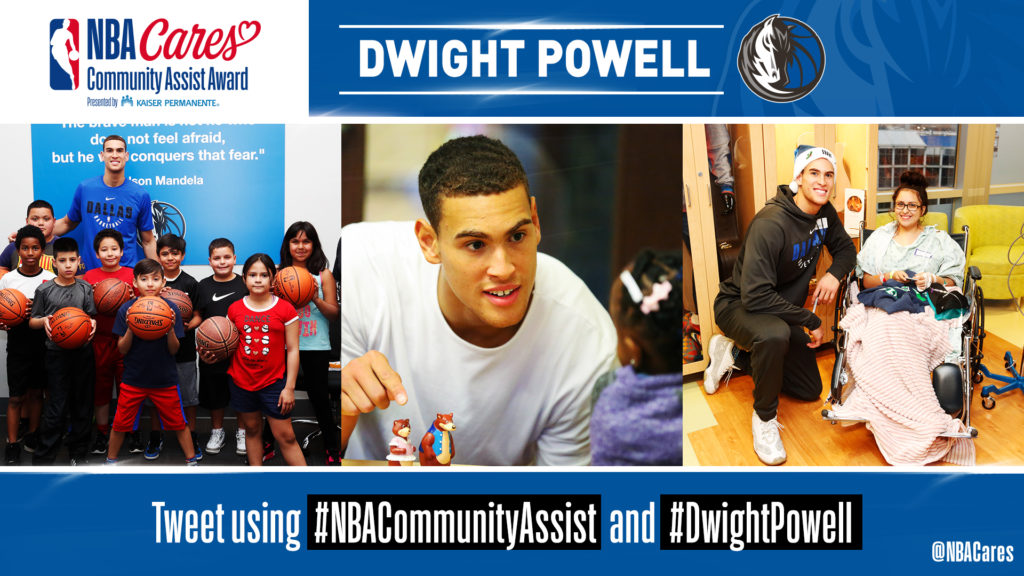 Kaiser Permanente provides the NBA with research-oriented strategic consulting, health-related content, and the development of year-round health and wellness programs.  Together, the NBA and Kaiser Permanente have hosted hundreds of FIT clinics in cities throughout the U.S., reaching more than 30,000 youth with essential life skills and mental health and wellness programming.

(images courtesy of the NBA)